Why are eating disorders on the rise and what can we do about it?

Once again, experts are warning that eating disorder rates are rising – and much more needs to be done to help.

The Royal College of Psychiatrists has just published new ‘medical emergencies in eating disorders’ guidance, highlighting the need for all healthcare professionals to recognise early signs of conditions like anorexia and bulimia.

This comes with reports of an 84% rise in eating disorder hospital admissions in England alone over the past five years. The biggest increase was in young people aged 18 and under, with the majority being young women – but admissions amongst young men more than doubled too, according to NHS figures.

Has the pandemic made eating disorders worse? 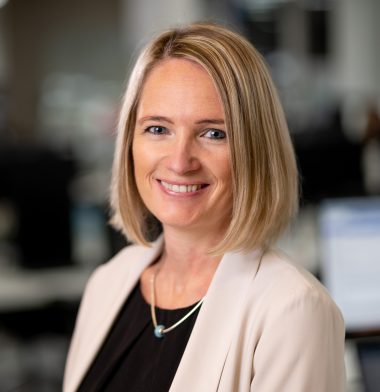 Dr Green says eating disorders were “already going up” before Covid came along – but the pandemic was also “a perfect storm” for various reasons.

“During Covid, there was a real sense of loss of control, and deep anxiety that results from that – and we know in eating disorders, having a sense of control is huge. Eating disorders are really complex and there’s a host of reasons and vulnerability factors, but I suspect more people developed an eating disorder than otherwise would have done. I also think many people who were either recovered, or close to recovery, slipped back when the pandemic hit.

“And then of course, treatment delays – or interruptions in treatment – didn’t help. We know many face-to-face services closed, and many people were anxious about going [to ask for help]. That’s definitely had a big impact.”

Is social media to blame?

Social media comes up a lot in these conversations, particularly in terms of its impact on body image pressures. Green doesn’t think it’s all black and white.

“We’ve just come out of Mental Health Awareness Week with [a focus on] loneliness, and I think social media can be a really good connector for people, and really help with that,” she says.

Green believes there needs to be more “robust governance” in how we tackle the potentially harmful aspects of social media, and digital platforms “should be working with experts” to do this.

Award-winning eating disorders campaigner and author Hope Virgo, who created the #dumpthescales campaign, believes there are so many factors at play – and we need a widescale culture shift in attitudes towards disordered eating.

“Eating disorders are still massively stigmatised. On top of this, society has normalised eating disorder culture and, in some situations, praises some of these unhealthy behaviours – that must change. We need wider education across society, but also to tackle the high rates of stigma,” says Virgo.

“What we really need is a complete reformation of services, [and] adequate funding to meet demand. We need to be tackling eating disorders as a matter of urgency. We need a society that is not fixated on food, calorie-counting and normalising eating disorder culture.” 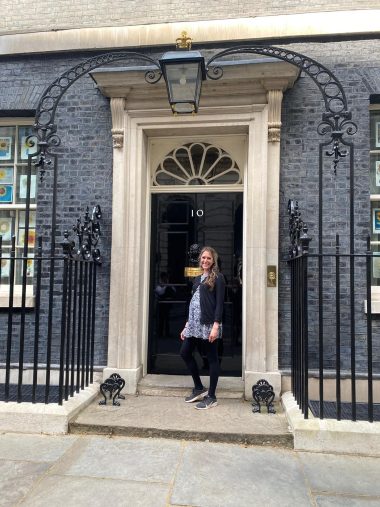 For Virgo, a vital issue is how eating disorder treatments are provided. Currently, people are often refused specialist help because their weight is not deemed low enough – and Virgo has seen first-hand how dangerous this can be. After being previously hospitalised at the height of her own anorexia, Virgo was later refused support while suffering a relapse, on the grounds of “not being thin enough”.

“We know early intervention saves lives, yet so many people are turned away from services, because they don’t tick a specific box. This is just not OK,” says Virgo. “We know early diagnosis is a critical element in the success of treatment for eating disorders, and by the time ‘obvious’ signs have manifested, it’s likely the illness will have become ingrained in the individual, and therefore much more difficult to treat.”

Green agrees tackling eating disorders early is vital – but because specialist resources are “limited, and that’s part of the issue, that limited resource will need to be prioritised, arguably where the highest risk is. And anorexia has the highest mortality rate of any psychiatric disorder, so it is a high risk. But then in the meantime, you’ve got all those people who were not receiving support, that are not currently high risk, but they’re possibly on the way to becoming so,” Green stresses.

“Ultimately, we want to reduce that need at the acute [end of the scale]. It’s always going to be there, sadly, but if we can reduce that, putting in help earlier, that will make a difference.”

She believes this requires a multi-pronged strategy – including “training more staff” and “lowering thresholds” for referrals. “But also find more innovative ways of helping people access support early. People don’t just wake up one day with an eating disorder, it usually builds up over a period of time. And it’s complicated, there are so many risk factors. These include personality factors, and life events can trigger them.”

Low self-esteem, trauma and family history, amongst other things, also play a part. Green says we need to be encouraging a culture where people seek mental health support to tackle these things at the root – before an eating disorder develops or takes hold.

Despite the doom and gloom headlines, Virgo is a “firm believer” in the importance of going to your GP.

“I am aware how hard this is and how there is very little support out there, but starting this conversation is key,” she says.

“I always think having a distraction before and after [having that conversation] is helpful, especially to deal with the guilt you might feel about speaking up. Find someone you can be accountable to. Don’t lose sight of the fact that you deserve to get well. You deserve treatment.”

REVIEW – Our verdict is: Set a date to go and see ‘not-to-be-missed’ Legally Blonde at Droitwich’s Norbury Theatre

What Lies Ahead For Evesham United FC

Receive a weekly update to your inbox by signing up to our weekly newsletter.

View and download all of the public notices in the Evesham Observer.

Check out all of the latest reader travel offers to get your hands on some free gifts.

From plumbers, to restaurants, we can provide you with all the info you need.